How to Manifest a Keeper | Good Vibe Blog
24

How to Manifest a Keeper 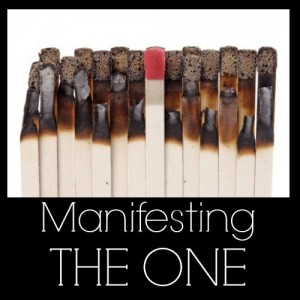 This post is by request after Mia asked how I manifested the guy who felt like “home sweet home” the first time I laid eyes on him.

I’ve probably shared this story somewhere else, but I like it so much I thought it worth retelling. 🙂

It’s 2006 and I’ve been actively dating fabulous men for about a year or two. I’ve had an absolute blast with wonderful guys, but the whole “rotation,” we’ll call it, is starting to lose its luster.

I’m (finally) in the mood for a keeper.

Someone I can put some time in with. To get to know someone in a way that you don’t during 3 month stints. I want a relationship that’s got legs.

My name for him is “One of the Ones.” (Because I don’t believe in just One.)

But I’m ready for someone Significant. Someone to go the distance with.

So I decide to manifest One of the Ones. My attitude about it was, “Bring him on, Universe, I’m ready for a keeper!”

That wasn’t out of frustration with dating, or being treated poorly by men. I was having a great time. I was just ready for something else.

(I think that vibrational setup matters.)

I had loved being single and loved meeting new guys. But now I just wanted to love a new guy for a longer while.

After deciding this (not wanting it, not wishing for it, but deciding it), the next thing I did was make a list. The ubiquitous manifesting list.

Mine’s got 47 things on it, including that he’s a dog lover and drives a truck. (I’m thinking a down to earth kind of guy who loves animals.)

I wrote the list once and mostly forgot about it. (I might have read it once or twice after for fun, but it certainly wasn’t a regular practice.)

Due to what I knew about vibration and attraction, I strongly suspected I would meet this guy doing something that I loved. Right? Love your life, and life gets even better.

So I suspected I would meet my new guy while doing something with my dogs. Probably a dog walk up the canyon. But maybe Petsmart, maybe at the dog park. Maybe at a volunteer event. But probably up that favorite canyon of mine.

On every walk I had an eagle eye out for cutie patootie guys with no rings. “Oh, maybe that’s him!” I would think when I turned the corner to see another handsome stranger smiling at me. (I was probably throwing off some strange energy.)

Other than those dog walks where I knew I was eventually going to meet him, I’m enjoying other parts of my life as if he were already here …

So basically I’ve got a couple of LOA elements in play:

I know he’s coming (because I said so). I’m expecting to meet him on a dog walk someday (no hurry, no time pressure). I’m enjoying myself in the meantime and also acting as if he’s already here (in certain moments where it works to do that).

In the meantime, back at the ranch, I am done with dating and have no interest in reactivating my online dating profile. Great entertainment, but no keepers. That was my assessment.

Here’s where Universe started to surprise me …

One day I’m on the computer and an ad gets my attention for eharmony. Never did eharmony; have no intention of starting now.

Except inspiration is crawling all over this thing.

Like, I can’t ignore it. I feel something pulling me to check out this eharmony thing.

Seriously, eharmony?! Sheesh. I don’t know what Universe is thinking – I’m meeting my guy at a dog park. But I know not to ignore inspiration, even when it makes no sense.

So fine. I put up a profile. Just to satisfy that guidance that said to.

And sure enough, it was such a bad idea that I asked eharmony for a refund when they only returned three matches. One of which was already hooked up and hadn’t taken himself off the site yet. They apologized for not having more matches and refunded my fee.

There was one match, though, who requested a fast track so we could exchange messages. I didn’t know the whole fast track routine, but I said yes and we exchanged a few notes. Nice enough guy. Kind of funny. Attentive, but respectful. I wasn’t having a bad time.

Until he shared his must-haves and can’t-stands. (I think it’s called something different now.)

His must-haves included something like “fashionable” or “stylish” and “financially responsible.”

Okay, stylish is the last thing anyone is ever going to call me. And the last time I balanced my checkbook was after mysterious untraceable money kept showing up in my account. I figured it was my easy money intention coming to fruition, and stopped tracking that balance. So if he’s looking for someone with her nails done and her bank balance accounted for, I’m not her.

I tell him it looks like we’re not a match and I shut down my profile.

Eharmony delivers his impassioned plea for me to reconsider. He thinks we have potential. He thinks there’s something worth exploring.

Something in me has a yes for this, although I really don’t want him to get in the way of the guy I’m meeting on my dog walk.

Okay, fine, I say, we can meet up in person.

Soon after I’m driving to meet him for a movie date.

As soon as I saw him, I felt like I’d come home. It felt like I’d been on vacation all my life and I was finally coming home sweet home.

He just felt so right.

I just knew this was where I was meant to be.

Bizarre, right? I’d never experienced anything like that with a guy before.

He didn’t have a dog and he didn’t drive a truck. But as we got to know each other I learned he was 43 of the 47 things I’d put on that list.

I had a girlfriend once who told me about how the first time she saw her husband, she knew they’d be married. He was just a guy in a bar, and she came to work the next day knowing they would marry. (They did! And they’re married to this day!) I didn’t understand how anything could work like that.

The time from deciding to call in One of the Ones to meeting my guy online was three weeks. That was nine years ago, he reminded me the other day when he said happy anniversary. 🙂

To recap this manifesting process:

What wasn’t part of it was looking for him on the dog walks. Go figure.